More significantly, the ceremony served as an announcement of big changes at the local hospital.

BCH CEO Nils Gunnersen began by introducing the great work of Teresa Donohue, current CFO – and incoming CEO. Donahue authored the grant which secured the $11.3 million in funding to build the new facility in 2017. Along with the new building, BCH was also able to make additional improvements to the hospital including acquiring and installing a permanent MRI machine, upgrading digital mammography to support 3D scans, purchasing a nuclear medicine camera to support the growing cardiology department and investing in a facility-wide electronic health record system.

“We would not be standing here today in front of this building without her vision and dedication,” Gunnersen said. “It’s my pleasure to hand over the reins to Terri as I retire at the end of this year.”

Gunnersen gratefully recognized Donohue’s hard work and talent, with hopes for an easy transition at the end of this year. The BCH Board voted for the internal hire just two months ago.

He further acknowledged the familiar faces of doctors, personnel and representatives from local government, “after having been in healthcare for over 40 years.” 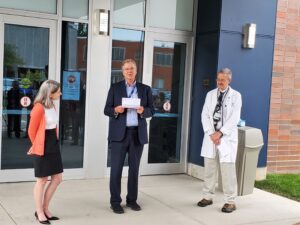 State Senator Patrick Gallivan gave Gunnersen and the BCHC team a formal proclamation to commemorate the day. He then spoke on behalf of himself and Assemblymember David DiPietro regarding the funding. “We continue to work with Bertrand Chaffee to try and ensure its future and recognize how important it is and really all the people who are employed by the hospital and nursing home. Congratulations, and thank you.”

General Physician, PC hired Dr. Virginia Bond about 10 years ago, under the impression she would only need to see patients in Springville one day a week. This proved insufficient to the needs of the community. At the ribbon cutting, Dr. Bond proudly showed off BCH and BCHC’s plan to “consolidate resources and expand the comprehensive health services, surgeries, lab services, imaging, various specialties … and it’s all right here.” 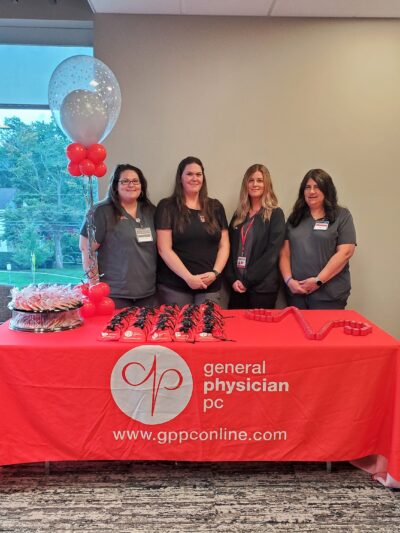 The Primary Care Center continued to see patients on the first floor during the day, but BCH and the BCHC staff offered tours of the entire second floor, now shared by General Physician, PC and OB-GYN Associates of Western New York. Dr. Bond, as an obstetrician-gynecologist herself, seemingly forged this partnership. The OB-GYN facility now offers state of the art sonograms and ultrasound services, as well as maternal fetal medicine for high-risk obstetric patients.

Dr. Edwin Heidelberger, Vice President of Medical Affairs at BCH, reminded the crowd that the new building was built on the foundation of the former Concord Medical Building. Springville has a “rich heritage of providing medical care in this community.” This celebration reflects that heritage and shows a commitment to providing new and sought-after services to patients throughout the Southern Tier.

For more information on the Bertrand Chaffee Health Center or to make an appointment, call 716-592-8140.